Available for law enforcement and military. 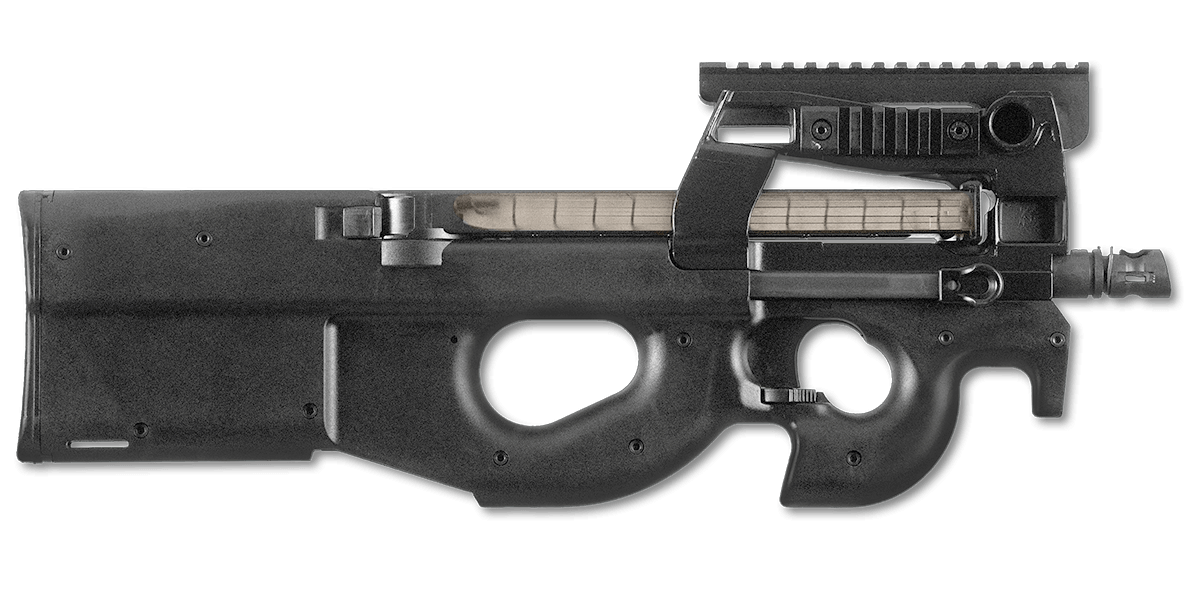 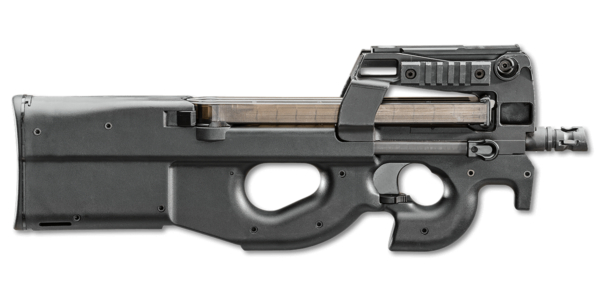 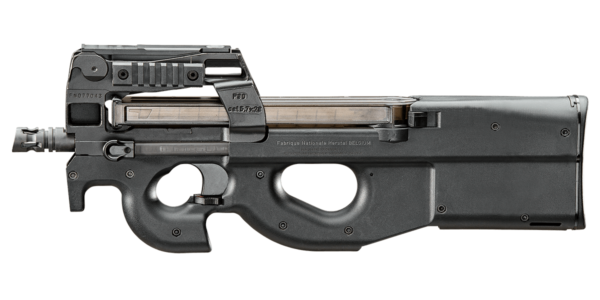 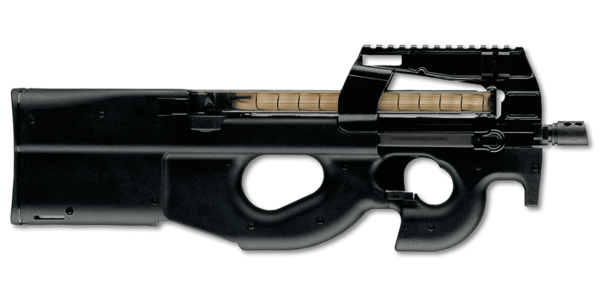 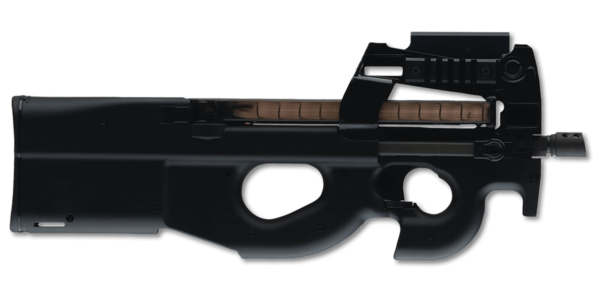 The FN P90® selective fire carbine was developed for NATO in the late 1980s as the Personal Defense Weapon (PDW) component of the integrated 5.7x28mm Weapons System. It is currently deployed by more than 40 nations around the globe. When firing the military- and law enforcement-only SS190 Duty Round, the FN P90® is capable of greater accuracy and reliability with unbeatable stopping power. This carbine is highly compact and ergonomic, with a fully ambidextrous thumbhole polymer stock and ambidextrous operating controls. The top-mounted detachable polymer magazine has a 50-round capacity.

There are three variants of the standard FN P90®:

Learn more about the 5.7x28mm Ammunition